Get fresh music recommendations delivered to your inbox every Friday.

Birds of a Feather

by The Au Brothers 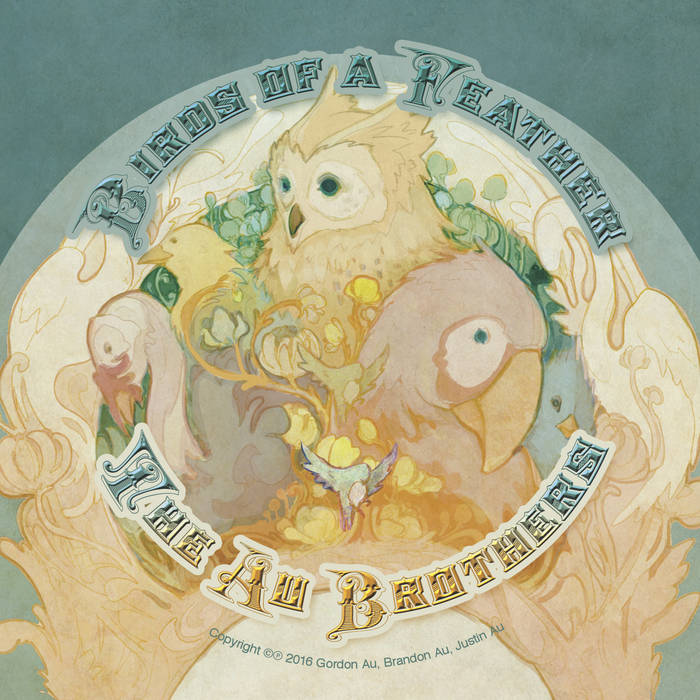 New Orleans and 1920s–40s style traditional jazz, revitalized for modern-day listeners, dancers, and fans; with original compositions in the vintage jazz style, as well as old favorites and rare gems.

If you liked our first recording, “The Au Brothers Take Off”, you will absolutely love our new one! It features a slate of new originals, as well as a few trad jazz favorites doctored up in the Au Brothers fashion, including:

• Nagasaki – everyone’s favorite B.S. song about Japan!
• Tick-Tock – will have you dancing away the hours!
• The Wise Old Owl – cuz why not let a bird guide your love life? The #1 and #2 ranked song of the 1941 Hit Parade!
• Soignée – a tribute to the great Sidney Bechet!
• Undecided – complete with the verse you’ve never heard before, since we made it up!
• Extra Gravy – the blueist, sauciest, fat-drippingest song you’ve never heard!
• Canary Islands Rag – jazz meets calypso!

There’s a little something for everyone including swing (and balboa and blues) dancers, jazz newbies, and veteran jazz fans. To go along with the bird theme the album also features artwork by the wonderful Melissa Pagluica and the multi-talented Molly Reeves, with lettering and other assistance by Brandon Au! The artwork is specifically commissioned for and inspired by the album.

Called “comfortable in any idiom and fearless” by the press, Gordon plays and composes modern and trad jazz. He leads the Grand St. Stompers, called “a pillar of New York’s hot jazz scene” by the NYTimes, and appears with the Grammy-winning Vince Giordano’s Nighthawks, the Armstrong Eternity Band at Birdland, Dandy Wellington, and others, and performs worldwide at festivals, dance events, & more. ... more

Bandcamp Daily  your guide to the world of Bandcamp