Get fresh music recommendations delivered to your inbox every Friday.

by The Grand St. Stompers 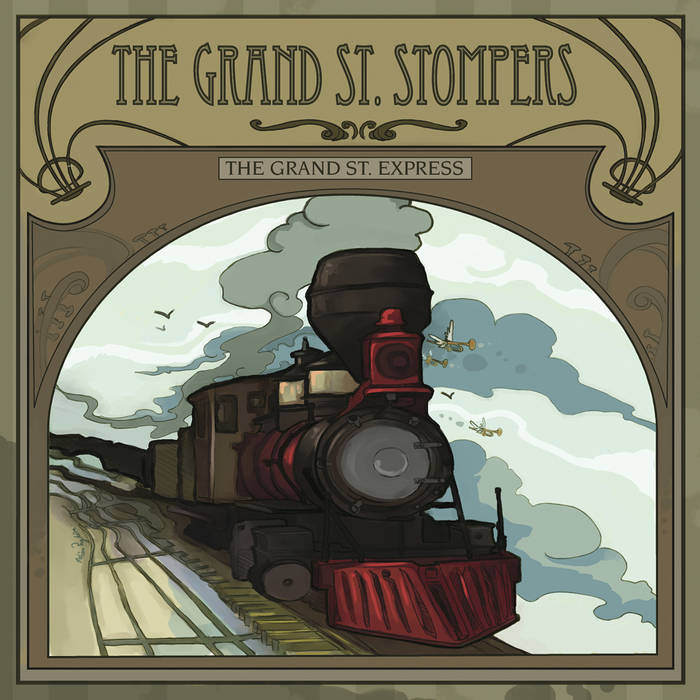 The Stompers’ debut album is a rollicking ride aboard an express train, departing from a WWI-era ballroom, coasting through New Orleans classics, taking a detour into Tchaikovsky's Nutcracker territory, touring the blues-drenched Southern scenery of WC Handy, steaming along the cliffs of original rags, and dipping down into the hushed valleys of Tamar Korn’s lush vocal ballads. All aboard!

Produced by Gordon Au (GordonAuMusic.com)
Recorded March 21-22 and April 12, 2011 by Peter Karl in Brooklyn, NY
Mixed and Mastered by Peter Karl and Bryan Shaw
Artwork by Melissa Pagluica (MPagluica.com)
Special thanks to the musicians; to Peter, Bryan, Michael, Melissa, and Veronica; to William Chiong, Kevin McEvoy & Barbara Epstein, and William Au for their generous financial support; to Chris Edmunds who underwrote Escallonia Rag, Michael Steinman who underwrote I'll Be There For You, Chris Sweigard who underwrote Crazy Eyes, and to all those who donated to help fund this project; to Melissa Aldana, Chris Edmunds and the New Orleans Moonshiners, Peter Ford & Jared Engel and Baby Soda, Vince Giordano and the Nighthawks, Wycliffe Gordon, Jon-Erik Kellso, Richard Kurtzer and White Heat NYC, Chris Lanzetta and Radegast, Jayna Morgan, David Ostwald and Birdland, Eve Polich, Jake Sanders and the Cangelosi Cards, and Linnzi Zaorski; to all the other fabulous musicians who play with us but don't appear here, as well as those who offered invaluable advice; to the great swing dancers; and lastly to all our family, friends, fans, and other supporters!

Called “comfortable in any idiom and fearless” by the press, Gordon plays and composes modern and trad jazz. He leads the Grand St. Stompers, called “a pillar of New York’s hot jazz scene” by the NYTimes, and appears with the Grammy-winning Vince Giordano’s Nighthawks, the Armstrong Eternity Band at Birdland, Dandy Wellington, and others, and performs worldwide at festivals, dance events, & more. ... more

Bandcamp Daily  your guide to the world of Bandcamp